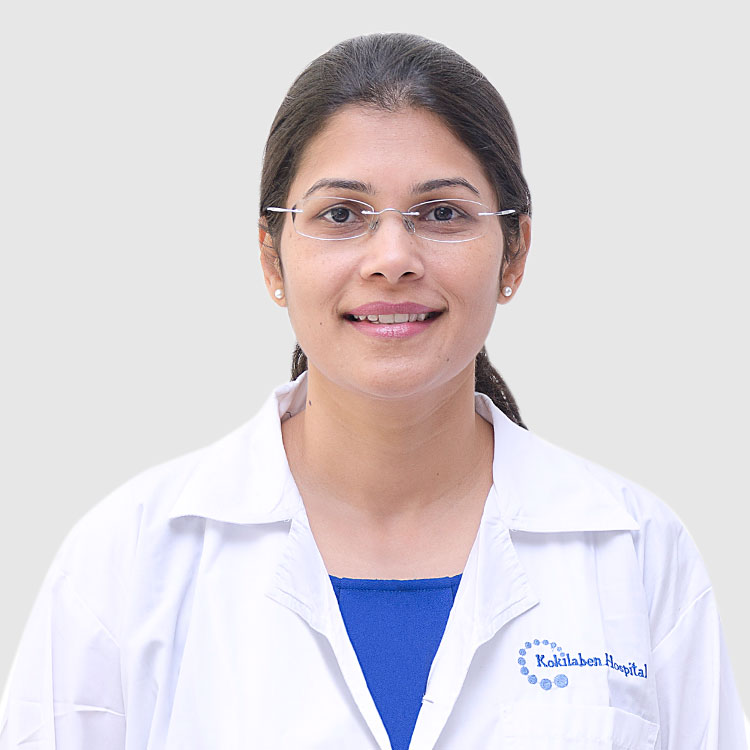 Dr Pradnya Gadgil is a Paediatric neurologist and Epileptologist with special interests in complex epilepsy/ epilepsy surgery/ paediatric stroke and tuberous sclerosis. Dr Gadgil actively engages in projects which ‘action epilepsy’ outside the purview of a hospital. It ranges from collaborations for rural epilepsy camps to diagnose /treat kids with epilepsy free to organizing and/or teaching at scientific meetings both local and international.

I believe in doing best possible for every child and family. I am very aware of the limitations in treating sick children – medical, social, logistical, etc. However I am also aware that am privileged to be in a position to impact, influence and touch their lives in a positive way- big or small. The sweet innocent smiles and little hugs or hi-fives I get everyday is what keeps me going.

Dr. Pradnya Gadgil graduated from B.Y.L. Nair Hospital, Mumbai with honours. She completed her training in Paediatric medicine from UK. Thereafter she trained in Paediatric Neurology and Complex Epilepsy in London. She has worked in centres of excellence in her super-specialty. Great Ormond Street Hospital is a quaternary paediatric neurology centre with one of the best paediatric complex epilepsy services in the world. She has also earlier worked as a Paediatric Neurology Fellow in P.D Hinduja Hospital, Mumbai for 2 years thus giving her a very broad local experience as well.

Dr. Pradnya Gadgil has set up the paediatric epilepsy service at KDAH. She is responsible for medical management of epilepsy in babies/ children/ young adults. She specializes in presurgical evaluation for difficult to control ie refractory epilepsy. She also has started the ketogenic diet and VNS service at KDAH for epilepsy – in fact one of the first VNS implantations in babies in Mumbai was done at KDAH.

In 2016 Dr Gadgil was instrumental in starting the Department for Developmental Disorders. The comprehensive nature makes it unique- we have not only paediatric therapists (physiotherapists, occupational therapists, speech and language therapists) but even special education/ paediatric psychologists/ counsellors. This treats children with developmental delay- cerebral palsy, autism, ADHD, Learning difficulty, ADHD, Down’s syndrome, other issues in walking/ speaking/ learning/behavior etc…

Dr Gadgil has initiated a novel concept- a day school in the hospital. It runs daily in the afternoon in the paediatric ward for benefit of kids admitted to the hospital.

16-year-old girl came to Dr Pradnya Gadgil from West Bengal with history of frequent seizures since 8 years age. She was experiencing seizures 3-5 times every week. She had suffered from brain injury when she was extremely sick in newborn period requiring NICU admission. She had mild delay in developmental milestones but currently going to a mainstream school in 9th standard.

Multiple anti-epileptic medications were tried to no avail. The frequent seizures significantly limited her schooling, socialising with friends, participating in simple things like picnics, etc.

Parents had visited multiple hospitals in India and even abroad hoping for a cure. They were refused epilepsy surgery.

We performed a presurgical evaluation which included video EEG, Ictal SPECT scan, MRI brain with tractography and a neuropsychological evaluation.  MRI showed brain injury in multiple places. However, the evaluation revealed that we could treat her seizures by operating an area on the right side of the brain.There was a risk of her developing weakness post surgery – ideally we needed to perform awake surgery. The team (including her parents) felt this wasn’t possible.

Epilepsy surgery was performed using intraoperative monitoring- ECoG, Cortical stimulation, MEPs, etc. She woke up with weakness on one side but this improved to near normal in a few days of neurorehabilitation.

Her seizures have completely stopped since the surgery. She is now back to school-in 10th std.

This was a unique case as ideally this patient would have needed two-stage surgery. We managed to achieve seizure freedom with one-stage surgery. This was possible, as we have highly advanced techniques of intraoperative monitoring and a dedicated multi disciplinary epilepsy surgery team.

8-year-old boy came to Dr Pradnya Gadgil with history of seizures since 6 years of age. His seizures were not coming under control despite many anti-epileptic medications. His academic grades were also dropping. In addition to these problems, he was developing weakness of one side of his body. He had tests performed elsewhere, which showed a supposedly normal MRI.

We performed a detailed presurgical evaluation consisting of Video EEG, MRI brain, Functional MRI, Ictal SPECT, PET scan and neuropsychological evaluation. This revealed that a small area of the brain was malformed and was highly epileptogenic. Unfortunately, this was also the area, which was responsible for controlling movement of one side of his body. This was also the reason for his grades worsening (as his IQ was normal).

Parents were very keen on getting the surgery done despite significant possible risks.

Post surgery not only is the patient seizure free but his weakness has also improved.  He is able to use his right hand to write like before and has resumed normal schooling.