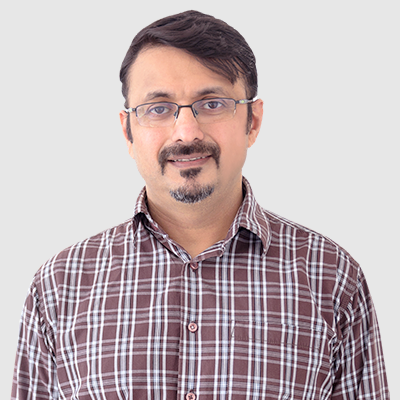 Born in Pune in the Seventies. Brought up in Solapur. Exposed to Surgery and Medicine from an early age father an Orthopaedic Surgeon. Always interested to play various sports and fitness from a very early age. State Level Swimmer in junior age group and played cricket and captained the school and college teams. My interest in sports medicine developed looking at the Indian Cricket team having the team Physiotherapist. As physiotherapy is all about exercise and its application to develop to sports stood out for me and hence, I’m here as a Sports Physiotherapist thriving to get the sportsmen back to what they do the best in the best possible way.

Hardwork has no substitutes. Keep working n Never Never Give up.

He has held many high level positions in the Indian Sports arena including:

At KDAH in 2017, Mr. Daga been responsible to rehabilitate and enhance performance of many International & National Athletes. Most of them are competing to the best of the levels post injury & Rehab at the Centre for Sports Medicine. Vaibhav’s focus is performance enhancement be it professional sports, weekend warriors, Actors, Dancers or general functionality of an individual.

In the recent past an high ranked Indian Tennis Player won the WTA challenger, similarly a highly renowned bollywood actor was able to complete his dance and action sequences comfortably with the rehab plan as it was difficult to walk for his a month ago.