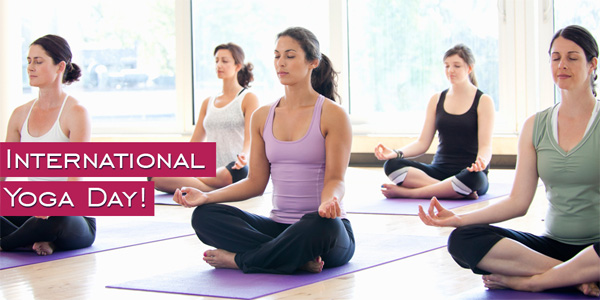 Yoga is a 5,000-year-old physical, mental and spiritual practice having its origin in India. Yoga aims to transform both the body and the mind. Since the last 2 years it has gained importance worldwide thanks to efforts by many leaders.

On December 11 in 2014, the United Nations General Assembly declared June 21st as the International Day of Yoga. This was after Indian Prime Minister, Mr. Narendra Modi suggested making June 21, which is the Summer Solstice as the International Day of Yoga. Yoga will be practised across the world today by people from various religions and ethnic origin.

The word ‘Yoga’ is derived from the Sanskrit root ‘Yuj’, meaning ‘to join’ or ‘to yoke’ or ‘to unite’. As per Yogic scriptures the practice of Yoga leads to the union of individual consciousness with that of the universal consciousness, indicating a perfect harmony between the mind and body.

Pre-Classical Yoga: The beginnings of Yoga were developed by the Indus-Sarasvati civilization in North India over 5,000 years ago. The word yoga was first mentioned in the oldest sacred texts, the Rig Veda.

Classical Yoga: In the pre-classical stage, yoga was a mishmash of various ideas, beliefs and techniques that often conflicted each other. The Classical period is defined by Patanjali’s Yoga-Sûtras, the first systematic presentation of yoga. Patanjali is often considered the father of yoga and his Yoga-Sûtras still strongly influence most styles of modern yoga.

Am sure most of you must be regular yoga practitioners. If not, then start today and make sure to include Yoga as a part of fitness regime.

Great to Yoga for our health

Such an important topic. Yoga is very helpful for all kinds of pain. I had terrible back pain last year, i tried
almost every treatment for my back pain recovery but i was still in
pain. Then i come to know about few easy yoga moves from one of my friend. After doing those yoga moves regularly for about a
month, my pain has almost gone now.
https://chirohealing.com/