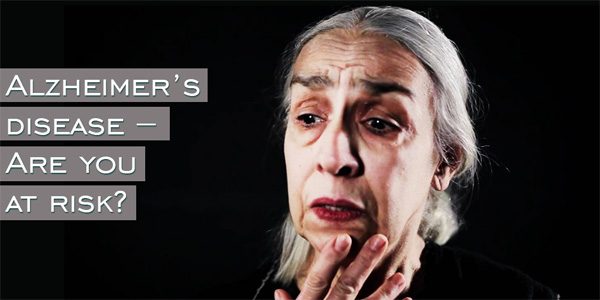 Alzheimer’s Disease – Are you at Risk?

Alzheimer’s disease is the most common form of Dementia and affects millions of people worldwide. This disorder is irreparable and destroys the brain cells which not only results in deterioration of the patient’s thinking ability but also causes significant memory loss. Medical research has yet to discover a cure for Alzheimer’s that effectively slows the progression of this disease, although medications can help relieve some symptoms.

Experts believe that age and genetic factors are 2 of the most important risk factors associated with Alzheimer’s. While a person does not have control over the process of ageing and his/her genetics, there are a few modifiable risk factors that could prevent the onset of this disease.

Obesity – Weight gain is the immediate result of unhealthy food habits & lack of physical exercise. A person who is over weight is highly prone to developing High blood pressure and Diabetes, both of which increases the risk of Alzheimer’s disease.

Smoking – Apart from triggering a host of serious health issues, Smoking is also known to trigger Alzheimer’s disease as it disrupts blood circulation in the brain. The results of a significant meta-study revealed that smokers above the age of 65 have approximately 80% higher risk of Alzheimer’s than those who have never smoked.

Heart Disease. – Several studies conducted over the past few years have shown a close connection between the heart heath and brain health. Experts believe that people suffering from a medical condition that damages the heart or blood vessels have the highest risk of Alzheimer’s disease or Vascular dementia. Hence stroke, high blood pressure, high cholesterol and heart patients should work with their doctor to constantly monitor their heart health and treat any problems that may arise at a later stage.

Lack of physical activity – Regular exercise not only boosts blood circulation but also increases the production of chemicals that protect the brain. Studies indicate that physically active people are less likely to experience a decline in their mental function and therefore are less likely to develop Alzheimer’s disease.

Lack of Mental activity – Any kind of mental activity that keeps your brain engrossed and functional can reduce the risk of Alzheimer’s. Mental challenges keep your cognitive functions healthy and that helps in making more cell-to-cell connections, which protects your brain against the impact of Alzheimer-related changes. Socially and mentally stimulating leisure activities like playing music, reading, or even playing challenging mind games can put a positive spin on this medical condition and slow down its progression.

Poor Diet – In the absence of a healthy diet, an ageing person’s chances of being diagnosed with Alzheimer’s increases drastically. A wholesome diet that enables a person to maintain a healthy body weight reduces the likelihood of developing various illnesses that are linked with Alzheimer’s

Lack of sleep– Amyloid, is a memory-robbing protein, that builds up in the brain of a person who doesn’t get adequate sleep and this protein is responsible for attacking the brain’s long-term memory thereby resulting in Alzheimer’s