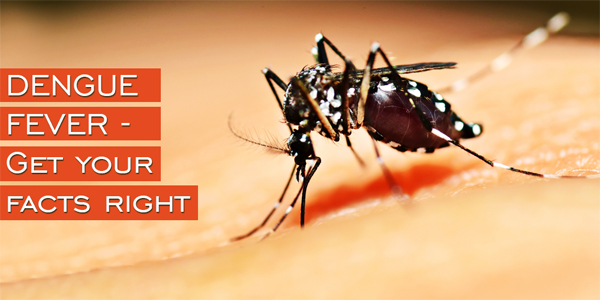 Dengue Fever – Get Your Facts Right

If recent reports are to be believed, New Delhi is battling the worst Dengue fever outbreak in the last 5 years. More than 2000 cases have been recorded in the past few weeks, with the death toll mounting to 20. The statistics are alarming and can easily cause panic in any city, state or country. But what’s important is to acknowledge the fact that dengue is preventable and manageable, hence with better knowledge and understanding of its causes, symptoms and treatment, a lot can be done to control as well as cope with this epidemic

If you ask people to name a few mosquito borne illnesses, most of them would come up with one common answer and that is – Malaria. Considering its impact on the human health, there’s very little awareness about Dengue fever, especially within the rural areas of our country.

Let’s get acquainted with some of the most important facts associated with this disease: