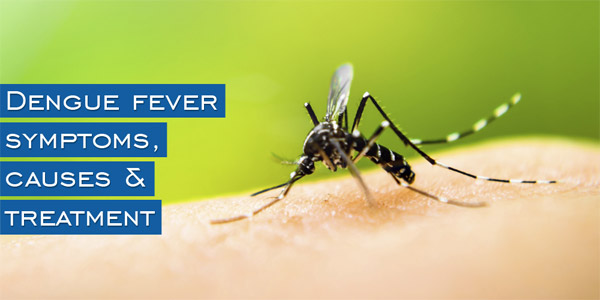 As we are nearing the end of monsoon season the nation is engulfed with an increasing number of dengue cases. Let us all work together to keep our neighbourhoods mosquito free and curb the menace of dengue.

Dengue pronounced as Dengee fever is a painful, debilitating mosquito-borne disease caused by the bite of an Aedes mosquito infected with a dengue virus.

Dengue is spread by dengue virus I, II, III and IV types, all transmitted by Aedes aegypti. Strains II and IV are considered to be deadly. An estimated 390 million dengue infections occur worldwide each year, with about 96 million resulting in illness.

Dengue fever cannot be spread from one person to another person. It is transmitted through mosquitoes. The disease is often called the “break-bone fever” because of the unusually severe muscle and joint pain it causes.

Dengue symptoms usually begin three to fourteen days after the infection. Some of them are listed below:

Sometimes, symptoms are mild and can be mistaken for a viral infection or flu. Young children tend to have milder symptoms than older children and adults. But once developed, these symptoms may last up to 10 days.

Timely treatment for dengue is essential as sometimes serious problems can develop. These include dengue hemorrhagic fever, a rare complication characterized by high fever, damage to lymph and blood vessels, bleeding from the nose and gums, enlargement of the liver and failure of the circulatory system. The symptoms may progress to massive bleeding, shock, and death. This is called dengue shock syndrome (DSS). People with weakened immune systems as well as those with a second or subsequent dengue infection are believed to be at greater risk for developing dengue hemorrhagic fever.

Why is dengue increasing?

Are you or a family member suffering from any dengue symptoms? Visit KDAH today and get yourself tested. Make every effort to reduce mosquitoes in your area and maintain a high level of cleanliness.