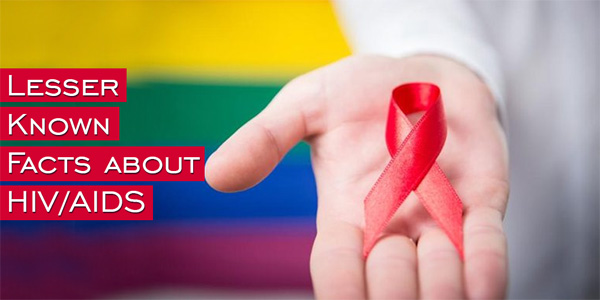 It is estimated that approximately 1,400,000 to 1,600,000 people infected with HIV/AIDS currently reside in India. After South Africa and Nigeria, India is believed to harbor maximum number of HIV infected people in the world. Growing concerns on this issue have resulted in many governmental and non-governmental organizations taking drastic steps to increase awareness about this disease but the general public still continues to be largely ignorant.

One of the biggest hurdles in eradicating HIV/AIDS from our country is the stigma associated with it. HIV and AIDS-related stigma has led to discrimination against people living with this disease thereby restricting their access to better healthcare facilities

Hollywood Actor Charlie Sheen recently came out in the open about his HIV infection. It’s about time people let go of the social stigma and speak more openly about this disease in order to reveal its devastating health effects.

Here are a few lesser known facts about HIV/AIDS

Although HIV and AIDS have become very common it is still surrounded by silence and ignorance. World AIDS Day is a global initiative that encourages communities to take a stand against HIV/AIDS.