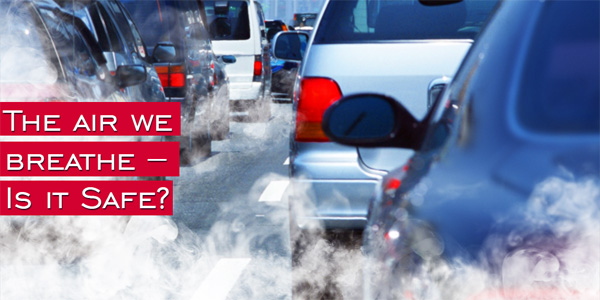 The Air We breathe – Is it Safe?

Breathing the air in Mumbai for just 1 day is equivalent to smoking 100 cigarettes, a study says

In order to have minimal impact on a person’s health, the air quality index has to be between 0 and 50 but as recorded by the meteorological department in Mumbai last month, the air quality index has mounted to dangerously high levels of 225 which can easily increase the susceptibility to respiratory infections in sensitive individuals especially children and the elderly.

The air quality has worsened not only in Mumbai but in Delhi as well. Known for its crisp cold nights, Delhi weather has deteriorated to nothing but grey, smog-filled health nightmare. Pollution levels have escalated considerably over the past few days after both the cities witnessed a certain level of drop in the temperature

According to the World Health Organization, Every year, Air pollution claims millions of lives across the globe, with more than 627,000 deaths reported in India alone. According to a study 1 in every 8 deaths on earth are linked to Air Pollution

Prolonged exposure to high levels of air pollutants can not only cause respiratory disorders in healthy people but also impact those with existing heart and respiratory disorders. Mumbai’s air pollution standards index (PSI) shows that pollution levels rise after the monsoon and peak in December. Laden with toxic substances and cancer-causing particles, the air in Mumbai has become more polluted than the air in Beijing. One of the main causes of this outcome is the increasing number of vehicles on Mumbai’s streets. Motor vehicles emit a host of hazardous pollutants into the air, most of which are capable of causing a significant damage to the human health. Toxic gases emitted from chemical factories and fire crackers have further aggravated the problem of air pollution, thereby creating an unbearable living condition in India

Constant monitoring of Air Quality is absolutely essential to keep a tab on the level of contamination. What’s more…, Educating people and creating awareness about the dangers of Air Pollution can transform the current scenario.